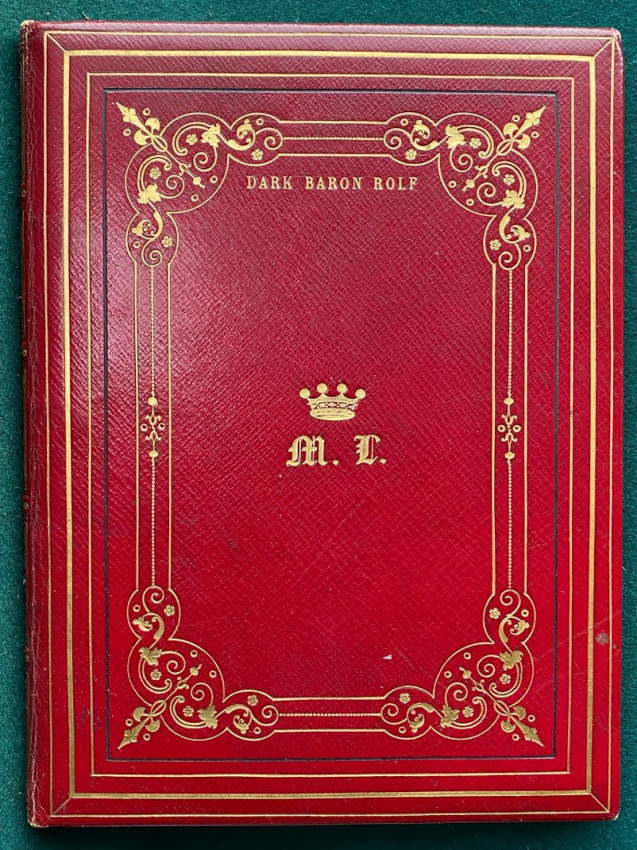 Original illustrated manuscript 'Dark Baron Rolf. or a romance of the Middle Ages...'

'respectfully dedicated to the Lady Lindsay' ('To our darling Mother on her birthday ... New Year's Eve 1866')

A cross between 'Ivanhoe' and 'The Young Vistors' with the merest hint of 'Northanger Abbey'. The Lindsay 'girls' were clearly a fan of Sir Walter Scott, and to some degree the teenage earnestness (and unintentional humor) of the language foreshadows the later and younger Daisy Ashford.

The project was evidently the brainchild of three of the seven children of Margaret, the Lady Lindsay (1824-1909), later the Countess of Crawford and Belcarres, and her husband, Alexander W. Crawford, 25th Earl of Crawford, 8th Earl or Balcarrres and 33rd Lord Lindsay of Crawford.

Report of the Anglo-American Committee of Enquiry regarding the problems of European Jewry and&hellip;

The Postal History of the Burgher, Refugee and Concentration Camps of the Anglo-Boer War During 1900&hellip;

Handbook For Farmers in South Africa.

THE PIONEERS OF VRYHEID (limited edition)