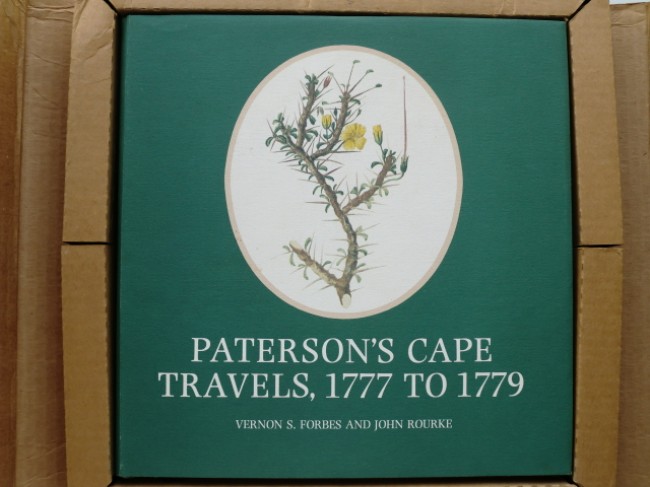 Email or share
William Paterson, the twenty-one-year-old son of a Scottish village gardener, set out for the Cape in 1777; as protege of the young bluestocking, the Countess of Strathmore, he was commissioned by her to add to her collection of plants. A variety of new plant species was discovered on his four journeys which embraced a grand sweep of 1500 kilometres from the mouth of the Orange River in the west to the banks of the Keiskamma River in the east. The original record of his Cape travels is here published for the first time - a triumph of understatement, a laconic tour de force, and a marked contrast to the flamboyant verbosity of of his immediate successor, Francois le Vaillant. It is the first full-length account in English of extensive travel in the interior of southern Africa - 9000 kilometres were covered in little over two years - and it records the ceremony of naming the Orange River, the first finding of fossils in southern Africa, and the first journey along the diamond coast [flap notes]; 202pp.