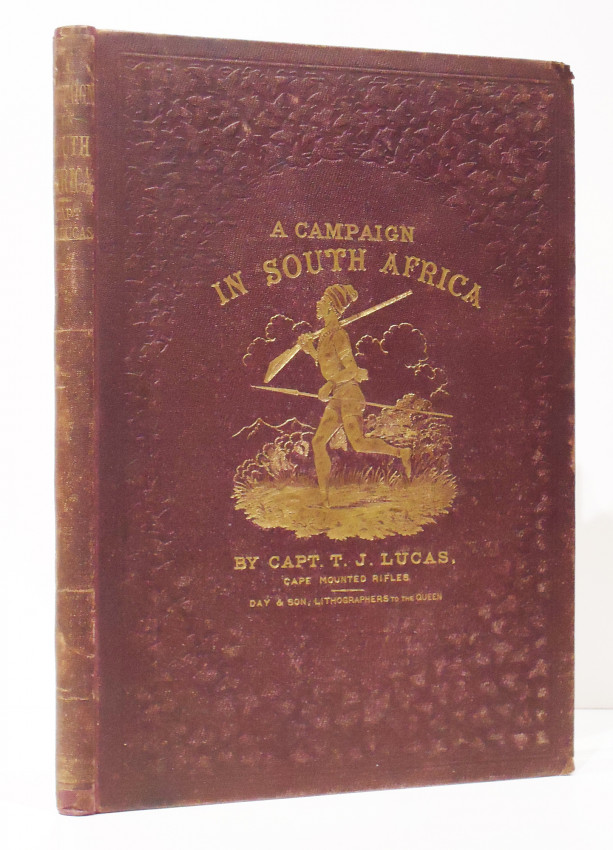 PEN & PENCIL REMINISCENCES OF A CAMPAIGN IN SOUTH AFRICA.

Mendelssohn (Sidney) South African Bibliography volume 1 page932: The author deprecates any serious criticism of the letterpress of this volume, the memoranda for which, it is remarked, were put together during a long and severe illness, and were compiled merely to " set off the pattern of the plates." The Kaffirs are described as being well made and tall men, but their method of fighting is said to consist of " skulking behind stones and bushes," and they are stated to be incorrigible beggars, liars, and thieves ; there is a chapter on the Fingos, our allies in the war, who are spoken of as " inferior as an animal to the Kaffir." The illustrations are extremely humorous, one of them depicting " the Cape Town Levy," which is described in the letterpress as being composed of " rascals of all sorts."