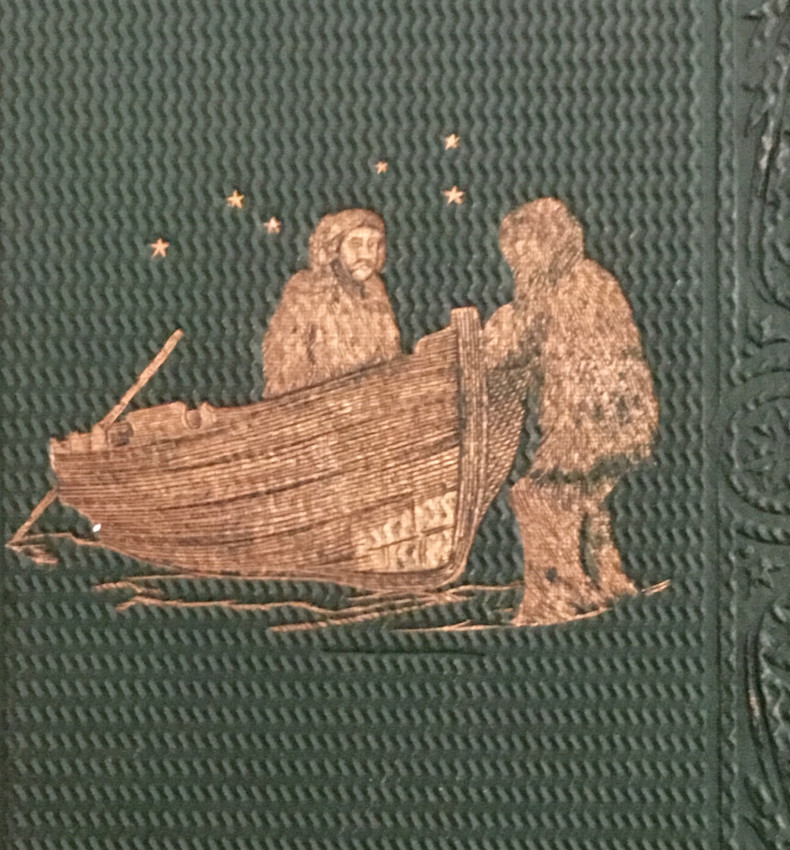 510 pp., illustrated with engravings and in-text woodcut designs in the text; fold. map.

Publisher's decorative green cloth, gilt designs on spine and front cover; deep wavy grain cloth also blocked in blind.  Cover has a central vignette depicting 2 men and a row boat, with stars above them--a variation of the image on p. 52, "The Forlorn Hope."  Lower spine vignette depicts one of the doomed ships trapped in ice.