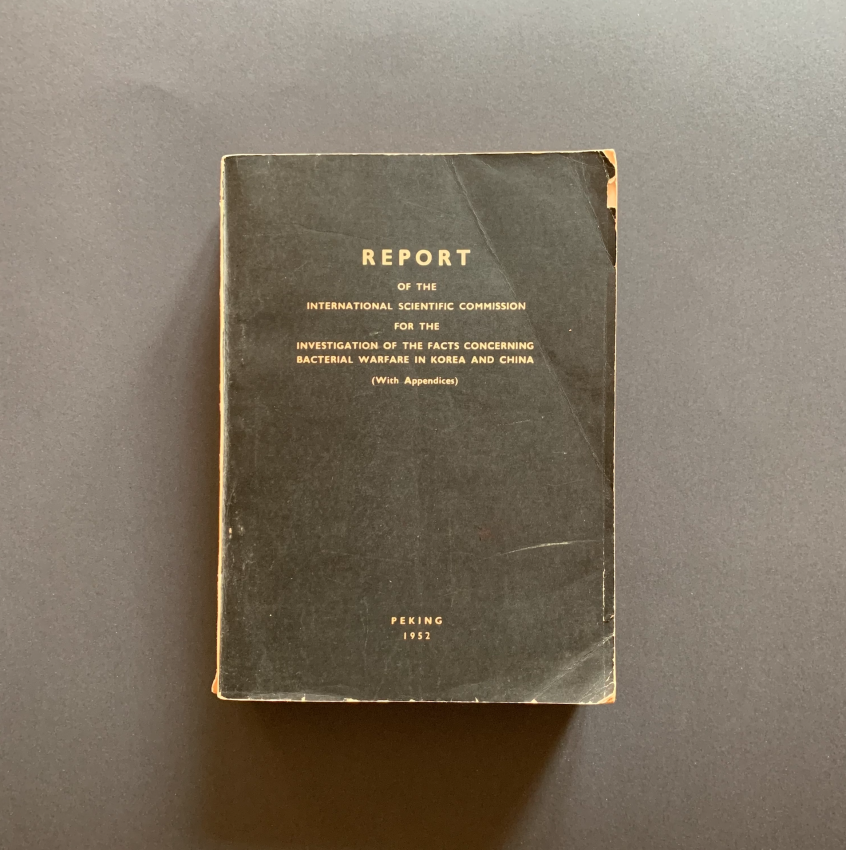 Offered by 'A. Adebayo, Bookseller' — for more information contact Andrew via email at [email protected]

The elusive, full 'Needham report' - a substantial presentation of evidence gathered in field investigations conducted by the Commission of the Medical Headquarters of the Korean People’s Army on the Use of Bacteriological Weapons, prepared by the International Scientific Commission for the Investigation of the Facts Concerning Bacterial Warfare In Korea and China.

In 60 pages of analysis (preceding over 600 pages of illustrated supplementary documentation) the report concludes: “The peoples of Korea and China have indeed been the objective of bacteriological weapons. These have been employed by units of the U.S.A. armed forces, using a great variety of different methods for the purpose, some of which seem to be developments of those applied by the Japanese army during the second world war. ... It is now for all peoples to redouble their efforts to preserve the world from war and prevent the discoveries of science being used for the destruction of humanity.”