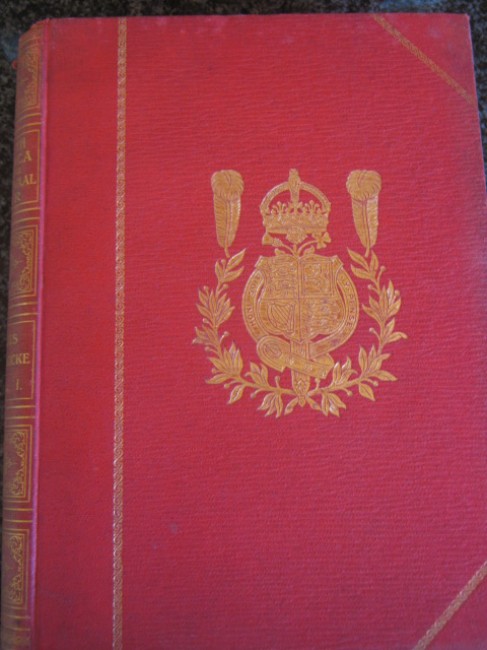 This is the complete 8-vol Caxton edition. (The T C and E C Jack edition, published in Edinburgh, was limited to the first 6 vols, with Caxton responsible for the last 2 vols.)

Ours is the red cloth set, matched for the 8 vols. The upper panels and the spines are gilt. The spines are evenly, but only slightly, faded. Apart from the endpapers, which are sunned (see the last image), this set, which has no ownership or other markings, remains bright and undiscoloured.

The first and last volumes deal with the situation before and after the war, with the middle six volumes covering the chronology of the war itself. Creswicke authored the first seven volumes and edited the last - "South Africa and its Future", most of the contributors to which were well-known figures of the day.

Each of the volumes has 200+ text pages, or a total of 1716 for the series, plus colour and other plates and fold-out and other maps. The frontispieces of all the volumes are showed in the images.

In his authoritative "South African War Books" (1994), R G Hackett describes the set as "an attractive and informative work".