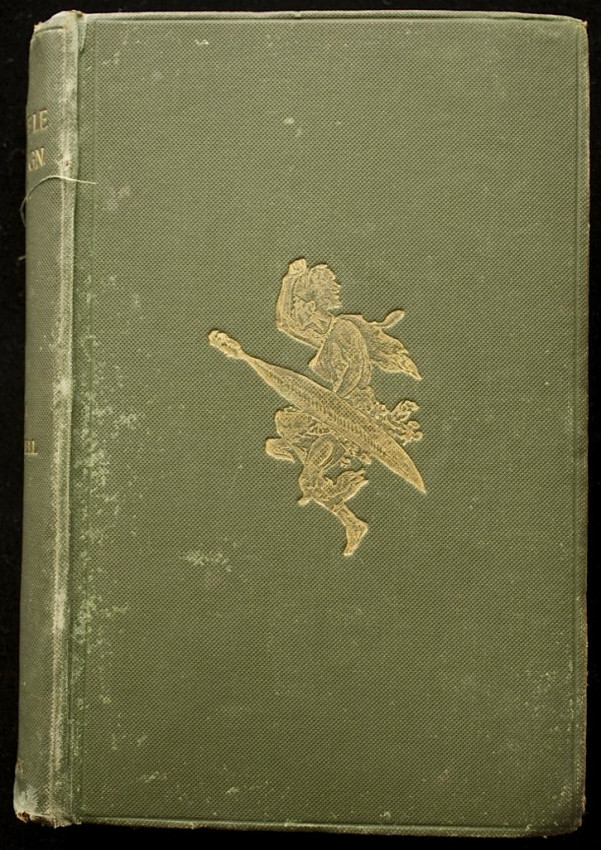 xv + 500pp + 38 pages of the publisher's catalogue at the end. Frontispiece and many illustrations including a sketch map.

All illustrations and plates present.

The following short bio is from the website www.britishempire.co.uk:

'George Albert Lade Carew was born on 10th March 1862. He joined the Hampshire Militia in 1879 and then the 7th Hussars as a lieutenant on 31st Oct 1883. He became a captain on 19th Dec 1899 and a major on 2nd April 1898. In the operations in Mashonaland he led the regiment in attacks on rebel kraals, and many patrols, whilst still only a lieutenant. He was twice mentioned in despatches and won the DSO. He served as a special service officer in the Boer War in 1899 and 1900 and served with the 7th in South Africa until he retired in 1902. His medals sold at auction (Dix Noonan Webb) in Sept 2001.'

For a picture of Carew see link:

'The materials for this work were drawn mainly from notes and sketches made in the field, the author keeping an illustrated diary for the "particular diversion" of his mother. He sailed for South Africa, on this occasion, on May 2, 1896, and arriving at Table Bay on the 19th, proceeded at once to the front via Mafeking, where he joined Sir Frederick Carrington's Staff. There is an account of the journey to Bulawayo, and of the appearance of the newly established town, which was, at this time, almost surrounded by hostile natives.

There are descriptions of many skirmishes, an important engagement on the banks of the Umgusa, scouting expeditions in the Matoppos, together with the narrative of the attack on the Mlimo's cave and fortress, in which the rebels were severely defeated. The campaign went on until, on August 22nd, Mr. Cecil Rhodes, accompanied by Dr. Sauer and Captain Colenbrander, "went into the Matoppos to meet the rebel leaders", who finally agreed to bring in their people, and lay down their arms within a few days. The contest, however, was by no means over, as a chief named Wedza declined to submit, and gave a good deal of trouble. In the meantime the Mashonas had risen, but their chief, Makoni, had been defeated, captured, and shot, after an attempt to escape, an act which brought severe censure upon the officer responsible for the execution.

Gradually, however, both Matabeleland and Mashonaland settled down, and the rebels having dispersed, or surrendered, the author was enabled, at the beginning of December, to commence his journey homewards via Marandellas, Umtali, and Massi Kessi to Beira, and thence to Durban and Cape Town. The volume is written in a cheery and humorous style, and affords a spirited picture of the position of affairs in the Chartered Company's territory at this period, as well as a chatty description of life in the field, brightened by lively sketches of the campaign and the country.' - Mendelssohn Vol.I, page 64

Binding tight although the cloth on the spine has split to half way down the rear hinge. Some general age wear to the binding. Internally clean although there are some pencil notes on the front and rear endpapers. A two page index to the book written in pencil and compiled in 1958 is inserted at the rear of the volume.

Bookplate of Cairncross on front paste down and old rubber stamp of B. L. Cairncross (dated 1957) on rear paste down with note written in pencil, "James Richard Cairncross with Grey's Scouts, Archibald Campbell Cairncross served with the Matabeleland Mounted Police. Their medals are in the Cairncross Collection.'