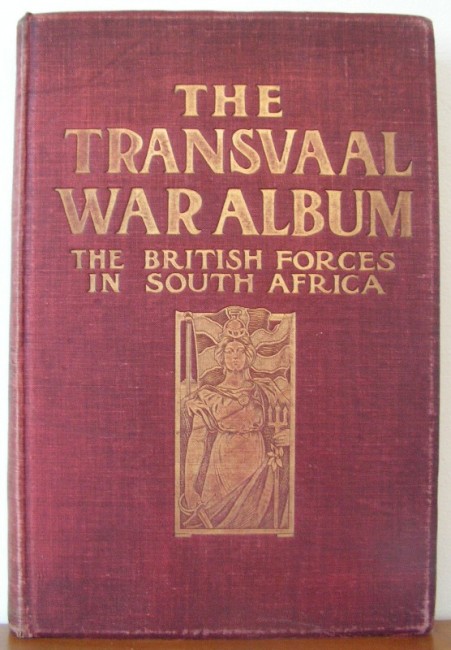 The Transvaal War Album. The British Forces in South Africa

Email or share
Subtitle continues: \'An Album, Wherein the various Regiments and other principal Units of the Forces engaged in the Boer Campaign of 1899-1900, are illustrated. Portraits are also given of the Generals who have conducted the operations, and the Staff and Regimental Officers who have organized and lead the British and Colonial Forces.\' Folio (370 x 250 mm); original red cloth over bevelled boards, lettered in gilt on spine; gilt lettering and Britannia emblem to upper cover; pp. (iv) + 268; comprehensively illustrated with photographs of the units and officers sent to South Africa. Gilt a little dull, and cloth slightly discoloured; extremities a touch rubbed; corner torn from front free endpaper; endpapers somewhat foxed; some fingering. Good condition. (Hackett, p. 180; Mendelssohn II, pp. 401-2) \"The volume contains upwards of 250 photo-illustrations of generals, staff officers, and groups of officers, non-commissioned officers, and privates of many of the regiments and batteries engaged in the early part of the South African War, 1899-1902. The work forms an interesting record of the campaign, and the portraits, &c., are accompanied by instructive letterpress comments.\" - Mendelssohn.