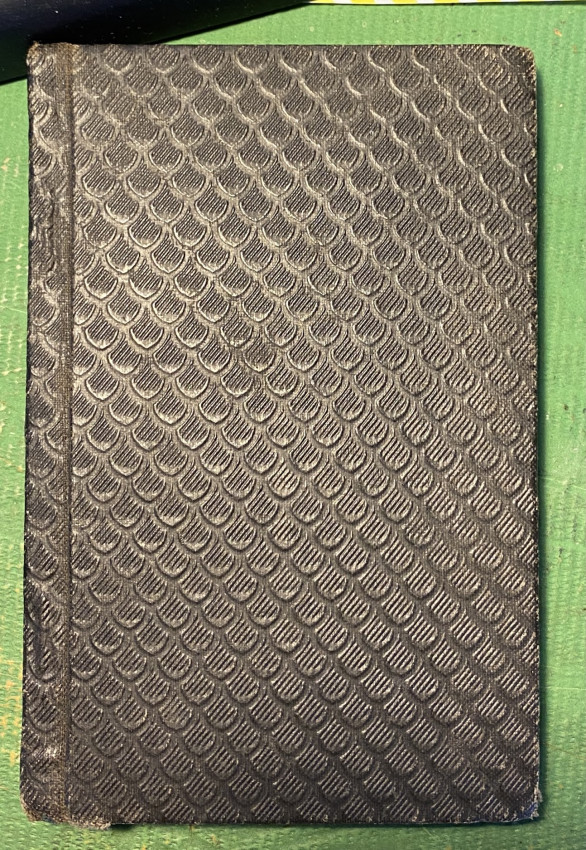 First edition, touted, in the Introduction, as being the ‘Detective’s Pocket Companion’ and ‘absolutely indispensable to every detective’. The blue/pink paperstock is very unusual.

This first editon is quite rare, especially in this condition. There are two other examples of later editions for sale - one at 2750 GBP.

Early edition, including sections on how various crimes were dealt with by the law, the ‘Oshkosh Case’, various ‘swindling games and tricks’, definitions of various legal terms, etc.

The first work was published by the Grannan Detective Bureau, which operated over most of the Midwest from around 1883, and appeared in Cincinnati city directories until 1905. The majority of the images and information in the book was gathered in September 1888 in Columbus. Ohio, during the National Encampment of the Grand Army of the Republic and the Ohio Centennial Exposition. The ‘most formidable array of detective talent that had ever been bought together’ (Introduction) was assembled under the leadership of Chief of Police John E. Murphy of Columbus who had come up with the idea of watching the expected crowds for known criminals. The operation was a success and ‘inside of eight hours … forty-two of the smartest crooks were languishing behind bars. Each was weighed and an accurate description … written down, including color of eyes, hair and complexion, height, marks, scars, and peculiar characteristics. They were then taken in squads to the photographer whose pictures of them were taken for the Rogues’ Gallery. Captain Grannan obtained these photographs and is using them … The likenesses are pronounced perfect, and the portraits sent out in this book are the consummation of the engraver’s skill.

In addition … Captain Grannan has selected from his own private Gallery… and has also obtained a few others from the Rogues’ Galleries of the police departments of the principal cities of the Union … making in all a collection of sixty-four of the greatest rogues of the present day. A few of these are not in active work [e.g. the James Gang] … but are given a place on account of their great historical interest.

The portraits themselves, taken from photographs, are really excellent – as they needed to be if they were to be used to identify the subjects. The 1892 4th edition mentions that the images were produced “under the immediate supervision of Mr. H. W. Weisbrodt, who has no superior as a portrait engraver in the country", he is not mentioned in the present work but may well have been responsible.

The founder of the detective bureau was Joseph C. Grannan (1832-1905), a Civil War veteran who had served as an officer with several cavalry units. Post-war he became a Cincinnati policeman, before setting up his bureau.