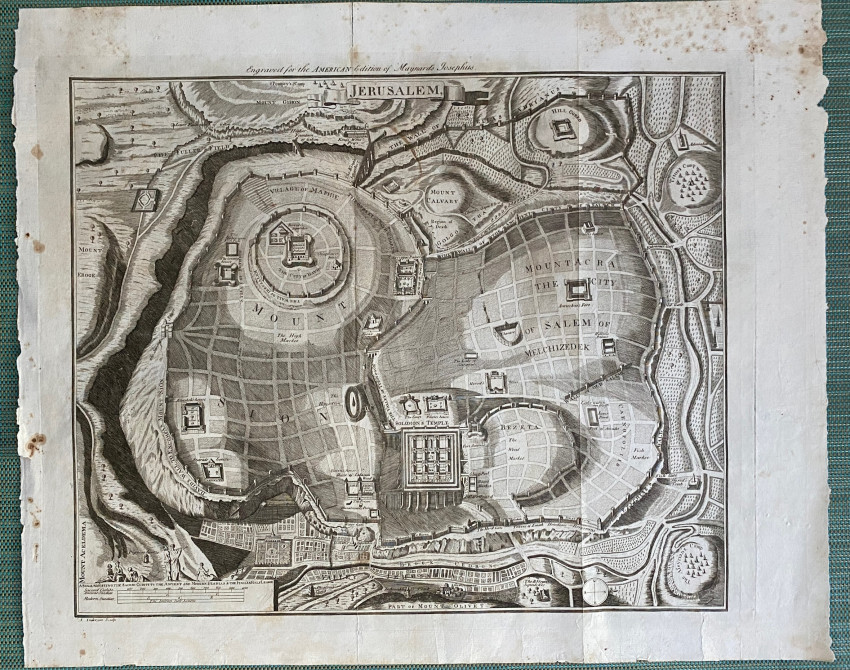 “Dr Alexander Anderson (April 21, 1775 – January 17, 1870) was an American physician and illustrator. Anderson was born in New York City to Scottish parents. "At the age of twelve years he made his first attempts at engraving on copper, frequently using pennies rolled out, and on type-metal plates. He received no instruction, and his knowledge was acquired by watching jewelers and other workmen." Anderson was a contemporary of Thomas Bewick, and published his first work in Arnaud Bernaud's "The Looking Glass of the Mind" in 1794. However, he was urged by his parents to pursue a career in medicine. He apprenticed with Dr. William Smith at fourteen and received his license at twenty. He became the first doctor at what would become Bellevue Hospital, established to deal with an outbreak of yellow fever in New York City in 1795. When the epidemic ended, he sought an academic degree in medicine, "married, became a father, and opened a medical office"; however, he soon abandoned this office in favour of a shop "that sold children's books he personally engraved". Another outbreak of yellow fever began in 1798, and Anderson returned to Bellevue as the resident physician. He resigned a few weeks later after his three-month-old son, brother, and father all died in the epidemic. His wife and mother died soon afterwards. Anderson then became an engraver and was termed "America's First Illustrator”. He is one of the earliest American wood-engravers. He produced works for books, periodicals, and newspapers. … Anderson died in 1870, at the age of 95.”

“[January] 2d Last night I got up and began to kindle a Fire, when thinking it might be too early I went up to Papa’s room and look’d at his watch, found it to be about half past 1, at which discovery I undress’d and went to bed again–Rose in the Morning about 6, as soon as ’twas light enough, engrav’d at Hicks’s Compass Plate–In my way to the Doctor’s call’d upon Mr Durell and got 16/ of him–spent some time in kindling a fire in the Shop; read in Cullen’s Practice–At noon engrav’d–went to Mr Parr’s & paid his bill 1.4.6– At 3, went to the College and attended Dr. Bailey’s Lecture (Bones of the Head)–I gave him the Draught of the Exrescence which I finish’d today–after Lecture came home and engrav’d…” Thanks to Jane Pomeroy’s newly published transcription of Alexander Anderson’s diary, we now know how he spent his days and night for the six years from 1793 to 1799. The entry above refers to William Durell, a New York publisher for whom Anderson engraved plates for several volumes. The payment he mentions might have been for his work, completed in 1792 for George Maynard’s Whole Genuine and Complete Works of Flavius Josephus. Of the 60 wood engravings [sic., actually copper engravings] in the volume, Cornelius Tiebout cut 14; Amos Doolittle made 14; William Rollinson 6; J. Allen 5; Benjamin Tanner 2; and E. Tisdale only one. Alexander Anderson was the youngest artist working on the project, only seventeen years old at the time. Bibliographer and collector Sinclair Hamilton tells us he engraved 7 plates including 2 maps and a plan of Jerusalem.