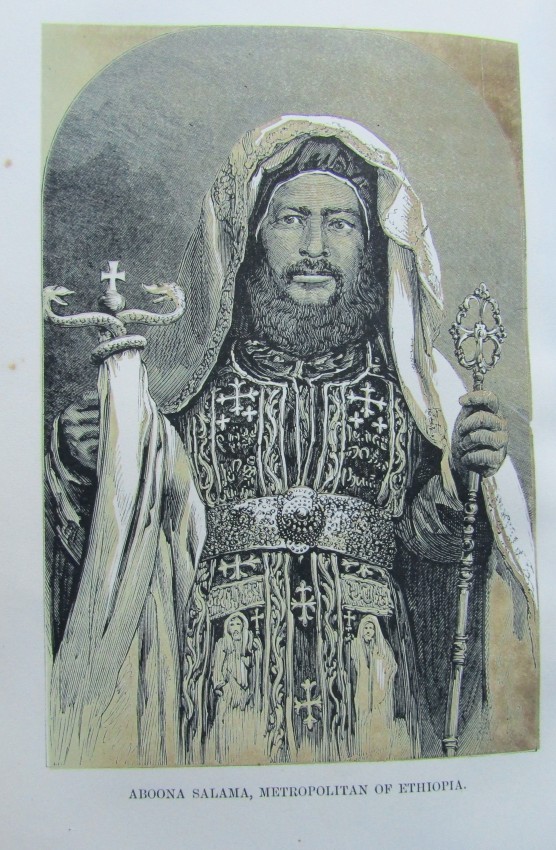 Wanderings Among the Falashas in Abyssinia; Together with a Description of the Country and its Various Inhabitants

Illustrated by a Map and Twenty Engravings of Scenes and Persons, Taken on the Spot

Gilt title with vignettes to spine.

A look at Ethiopian Jews, one of the earliest obtainable works

in English on the Falashas. Henry Aaron Stern was born a Jew in Germany

in 1820. Upon converting to Christianity in 1840, Stern joined the Hebrew

College of the London Jews Society with the intention of becoming a missionary.

He traveled widely, working as a missionary to Jewish communities in Baghdad,

Jerusalem, and Constantinople, among other places. The London Jews Society

became particularly interested in the fate of Ethiopia's Jews, and requested that

Stern travel there. In 1863, he became a captive in Ethiopia, where he was

subjected to especially cruel tortures and indignities by the king.

BOOKWORK 3: In the Shadow of the Cross

THE SILVERSMITHS AND GOLDSMITHS OF THE CAPE OF GOOD HOPE 1652-1850 ( De luxe edition signed by the&hellip;