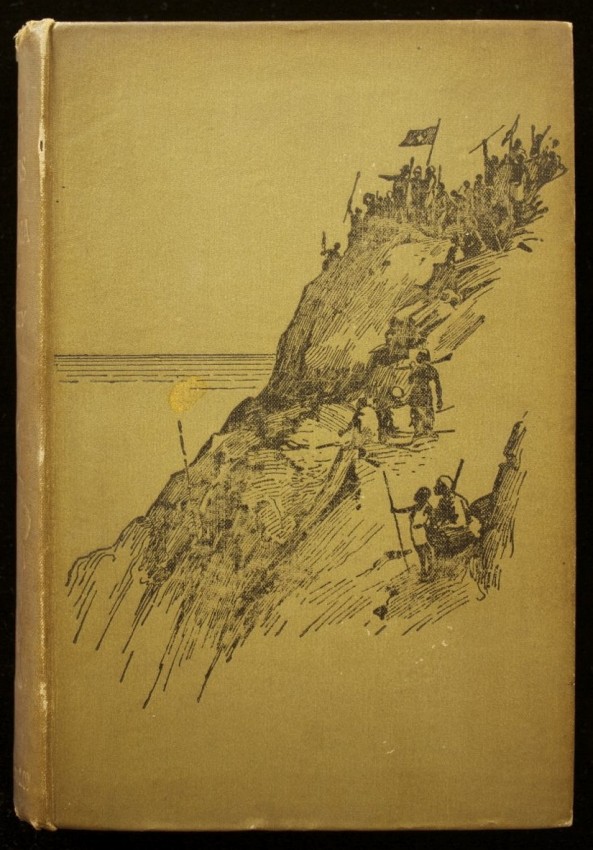 Joseph A. Moloney (Medical Officer and eventual Leader of the Expedition)

Inscribed by the author on the half title page, "To George Babington, with the author's compliments, Aug. 28th, 1893". Moloney died in 1896, only three years after the publication of his book, so signed copies are of the utmost rarity.

Dr Moloney took charge of the expedition for a few weeks when its military officers were dead or incapacitated by illness, and wrote this account of it.

A solid copy in the original pictorial binding. All plates present with route map at rear. Map has a closed tear but is else in fine condition. Contents clean with no foxing.

Moloney explains the purpose of their mission in his own words on page 9: 'The Stairs expedition may be considered supplementary to that of Delcommune (which was also an expedition to secure the territory, but mainly an expedition in search of auriferous drifts). Our objects, however, were essentially political; that is to say, we proposed to secure the country, either with or without the Msiri's leave, for the Congo Free State. Nor could we allow time to run to waste, otherwise the claim stood in considerable danger of being "jumped". For other eyes besides Belgian had been turned towards this desirable and derelict territory, those, namely, of Mr. Cecil Rhodes, the guiding spirit of the British South Africa Company. Already one of its agents, Mr. Alfred Sharpe, had reached Msiri's capital and had attempted to illicit information as to the gold deposits, also, if rumour does not err, to exact a treaty.'  He continues on page 131: 'I was informed, though not by Captain Stairs himself, that King Leopld's instructions ran as follows: If our expedition arrived first upon the debatable ground, we should warn off our filibustering compatriots, and, if necessary, use force for their ejection; if, however, we had been forestalled, a passive attitude was to be adopted, pending an appeal to Europe.'

Moloney records some interesting events along the route to Msiri's capital, one being of the village of Gongwe, were they encamped on October 2nd, which had been attacked and burnt down twice in one week, shortly before their arrival, by the people of Ugunda. He notes the following: 'The chief, who seemed a decidedly capable man, managed to exercise his authority with such effect, that part of his forces went in pursuit of the enemy, while the remainder suppressed the flames. The former business must have been effected with workmanlike conscientiousness, since sixteen Wakunda were taken captive. In keeping with the amenities of native warfare, their heads, stuck on poles, grinned at the traveller, in uncanny fashion, as he approached the west gate of the village. It was a curious sight to see the children playing under these ghastly trophies with entire absence of concern, though they would have scared a European baby into convulsions.' pages 102-103

Moloney describes Msiri's rule as cruel and tyrannical and that he 'became powerful simply by killing all his rivals.' He continues: 'He (Msiri) entertained the true tyrant's love of servility; even his own brother Chikako had to kiss the dust before him, only to be addressed by "son of a dog", and other opprobrious terms.' 'When Captain Stairs went up to Bunkeia, the row of stakes surmounted by human heads, that encircled the village, gave him considerable insight into Msiri's character and methods of administration.' page 177.

When the expedition reached Bunkeia, Msiri refused to sign any treaty and fled to the neighbouring village Munema, three miles off. After a last attempt to get Msiri to sign the treaty failed, force was used. In the ensuing skirmish Captain Stairs' second in command Omer Bodson was mortally wounded, but not before he shot Msiri three times. Stairs' askari soldiers took the village and later removed the body of Msiri to a hill near their camp. The expedition cut off Msiri's head and hoisted it on a palisade, not only to show his subjects that their king was dead, but also to impress his former slaves and warriors. This is no small detail, which is confirmed by Moloney by his complete omission of it in his narrative, which was probably a wise thing to do considering what the possible reaction of the European public would be. It was only after the publication of the Marquis de Bonchamps' account - who was one of the five Europeans on the expedition - that this gruesome detail became public. 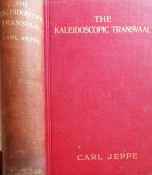 THE VILLAGES OF THE LIESBEECK: