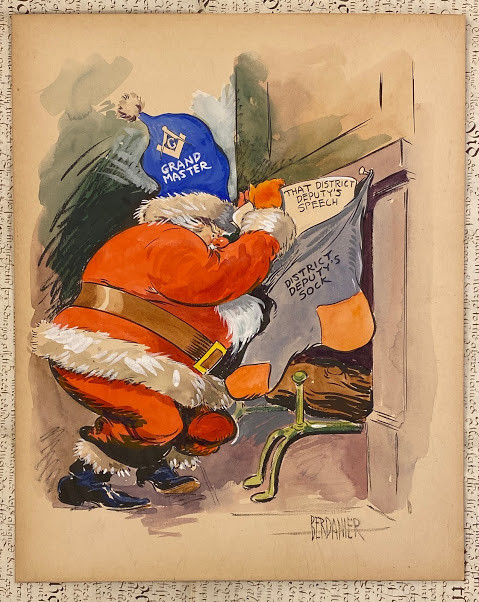 A character dressed as Father Christmas (but wearing a blue Freemason’s Grand Master hat), leaves the District Deputy a present

PLEASE NOTE THAT THE FRAME IS NOT INCLUDED IN THIS LOT.

A beautifully observed political caricature: the exact incident is not known, but the perceived undue influence of the masons was clearly the issue.

“Paul Berdanier studied art under Charles Hope Provost, in New York, Gustave Wolff, at the School of Fine Arts in St. Louis, and under Albert Gihon, in Paris.  He began his career in St. Louis working mostly as a designer of historical settings and stage costumes.  In addition to painting, Berdanier was an American cartoonist, illustrator, and etcher.

While attending St. Louis School of Fine Arts, he worked as an advertising artist in the 1920’s and illustrated pulp magazine in the 1930’s.  Berdanier worked on various features for United Feature Syndicate from the 1930’s through the 1950’s.  After winning several awards in Missouri, Berdanier moved to Paris, France shortly after the end of World War One.  He remained there until about 1929 when he settled in New York.  During his time in Paris, Berdanier exhibited his art at both the Salon d'Automne and at la Nationale des Beaux-Artes.” (AskArt) 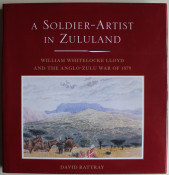 A SOLDIER – ARTIST IN ZULULAND