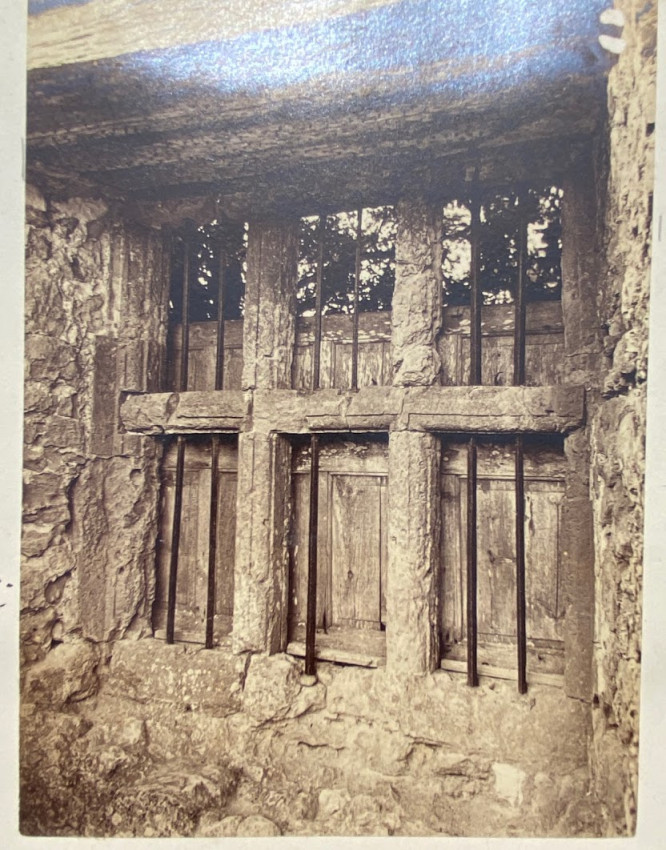 An album recording family holidays, overseas trips, and family occasions. [Various places: 1885-1897]. Folio (14 3/8 x 10in; 365 x 254mm). 29 card leaves, with  172  mounted photographs, most albumen prints (7 1/4 x 11 1/4in and smaller) of multiple locations in the UK and Europe (see below), all leaves annotated by a single hand with relevant details, the images by a number of different photographers including R.C. Parsons (see below).  (The condition of the photos varies [see images], but some fading, some soiling and chipping to card leaves). Contemporary red half morocco (worn, covers etached, etremities damages, spine lacking).

An interesting selection of images recording the life and travels of an upper middle class family in the latter half of the 19th century. The annotations are particularly useful as they typically give the locations, the date, who was on the trip, and, ocasionally, the name of the amateur photographers involved.

Parsons, son of the 3rd Earl of Rosse, was a distinguished engineer whose career was overshadowed by that of his brother (the Hon. Sir Charles Algernon Parsons) the inventor of the steam turbine engine. Nevertheless, Richard Parsons was very succesful professionally, both in conjunction with his brother and on his own.