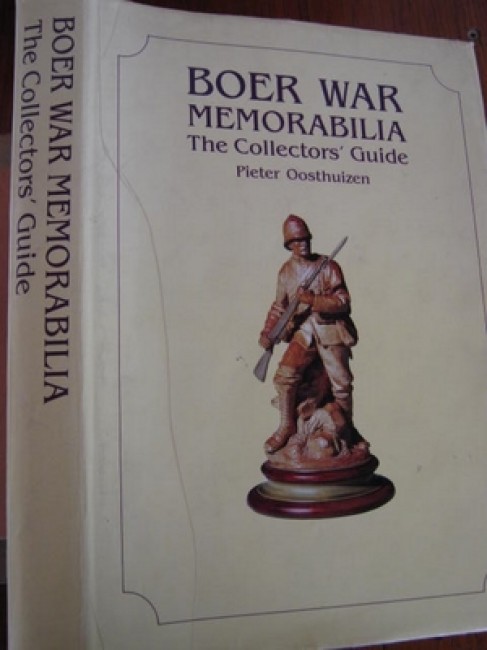 Oosthuizen, Pieter, with the collaboration of Alan Peek

Apart from the invaluable and authoritative main text - which includes chapters on ceramics, model soldiers, glassware, stamps and covers, prisoner-of-war handicrafts, coins and notes, gold, silver and jewellery, tin and pewter, ephemera, textiles, and general collectables - the prelims are packed with information not easily found elsewhere, including a short but select bibliography and, especially, a chronologcal list of major Boer War events and an alphabetical reference of names and places.

Oosthuizen\'s book is an incomparable work of reference.

The laminated photographic dustjacket, not price-clipped (35 pounds), is lightly rubbed at some extremities and there is a lamination crease-line at the front. The front paste-down had become detached from the case and needs to be reglued. There is an owner\'s signature on the front free endpaper and, on the title page, a later dedication, in Afrikaans, by the author to the same owner. The book\'s xxxvi + 239 pp of colour- and monochrome-illustrated text, prelims and index are on coated stock and are in pristine condition.