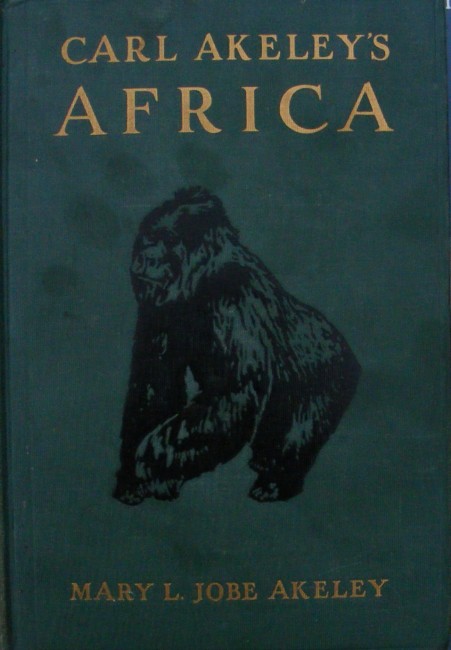 Carl Ethan Akeley , sculptor, biologist, conservationist, inventor, taxidermist and nature photographer, is noted for his contributions to the Field Museum of Natural History and the American Museum of Natural History. He is considered the father of modern taxidermy (in America). He was also a member of Theodore Roosevelt's 1909 Africa Expedition. This book is the story of the 1926 Akeley-Eastman-Pomeroy African Hall Expedition. The Expedition mapped parts of the Belgian Congo, Tanganyika, and Uganda. One of the goals of the expedition was to find and scientifically examine gorillas. Carl Akeley worked for the establishment of a gorilla preserve in the Virungas and King Albert I of Belgium ,greatly influenced by Akeley, established the Albert National Park, Africa's first National Park, now the Virunga National Park. Carl Akeley died on the expedition. This book was written by his wife of two years.