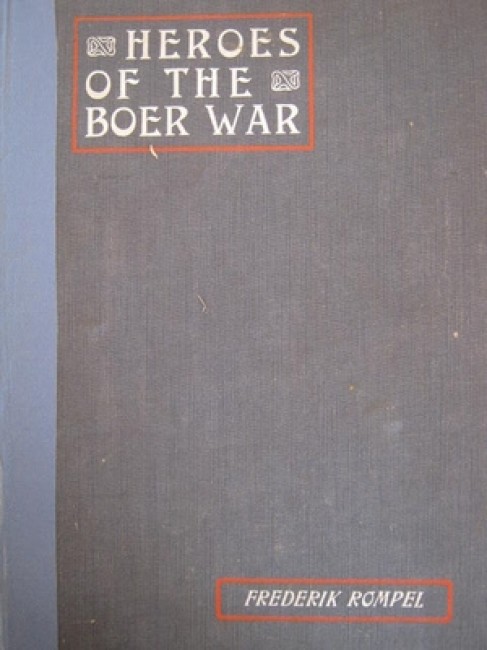 Published: (not stated), London; The Hague and Pretoria, 1903

\". . . by Frederik Rompel (late parliamentary and war correspondent of the Volkstem, Pretoria), with an introduction by Major-General Albert Pfister and a preface by W T Stead, with one hundred and forty-four illustrations and two maps\"

He writes (in summary) that \"this book is one which ought to form part of every collection of the literature of the South African War . . . first, because it gives more fully than any other book yet published an account of the Boers and their leaders as they appear in the eyes of the Dutch of South Africa . . . secondly, because it is only by reading this book that we English can understand how it was that the whole of the non-English world regarded with horror and indignation the Britsh devastation of the two Republics . . . thirdly, so that we may refresh our souls and strengthen our hearts by looking once more upon the Heroes who have compelled a wondering world to recognize that the Heroic Age is not yet closed . . .\"

This is a collectable copy. The dark-green cloth-board covers, white and red to the panel and the spine, are rubbed and scuffed at the corners, but otherwise clean. The torn spine has been relaid on blue tape applied to reinforce the binding, which is now sound apart from a crack between section 13 and 14. There are no ownership or other marks and the xxviii + 196 pages of illustrated text and index of places are unmarked and undiscoloured. The two folding maps at the back are present and in perfect condition.