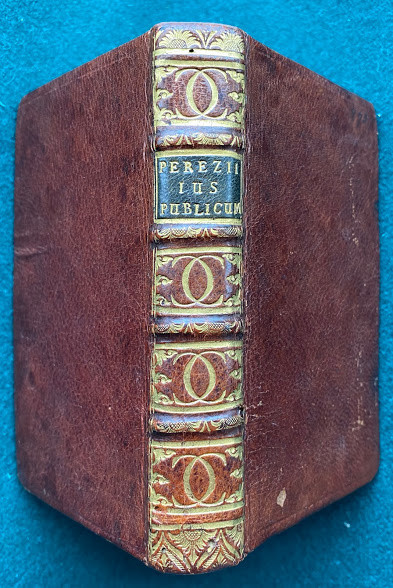 An attractive, well-preserved copy of the first edition, with side notes. Perez, a Spanish jurist and statesman, was Professor of Law at the University of Louvain, state counselor to Phillip II and an influential scholar of Roman law. His commentaries on Roman law were highly esteemed because they were not just elucidations, but original contributions to legal theory.

Not in Willems, Graesse or the British Museum Catalogue.