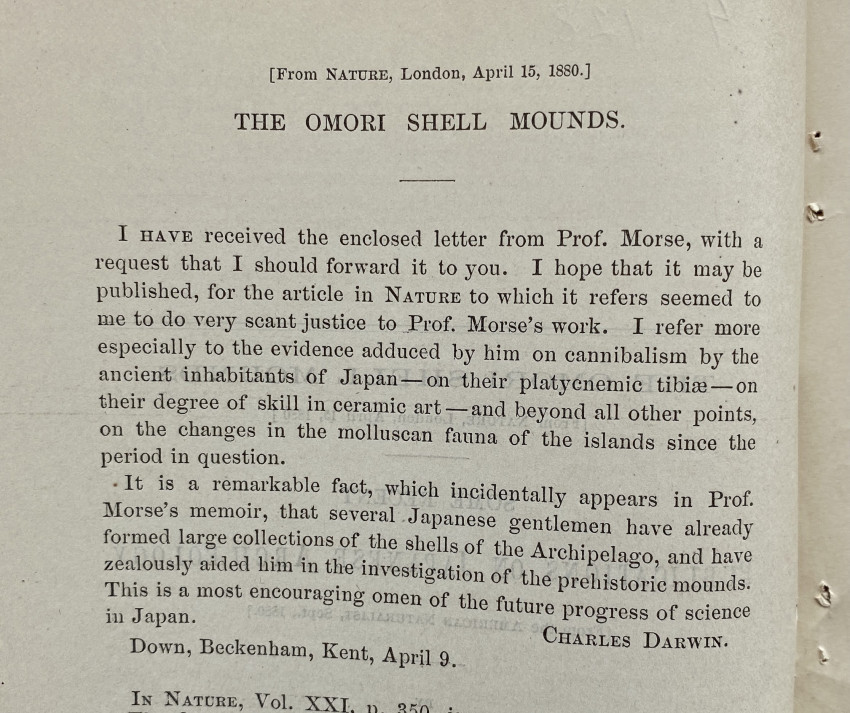 The first work includes a letter by Darwin in support of Morse.

Rare off-print: a letter by Charles Darwin prefaces Morse’s letter defending his book “The Omori Shell Mounds” against the points raised by Frederick Victor Dickins (1838-1915) in his hostile review. Darwin writes in support of Morse.

Edward Morse went to Japan to study brachiopod shells in 1877. There he discovered shell mounds in the Shinegawa ward of Tokyo, and began an excavation of them — the first scientific excavations conducted in Japan, and arguably the beginning of Japanese Archaeology. (2)