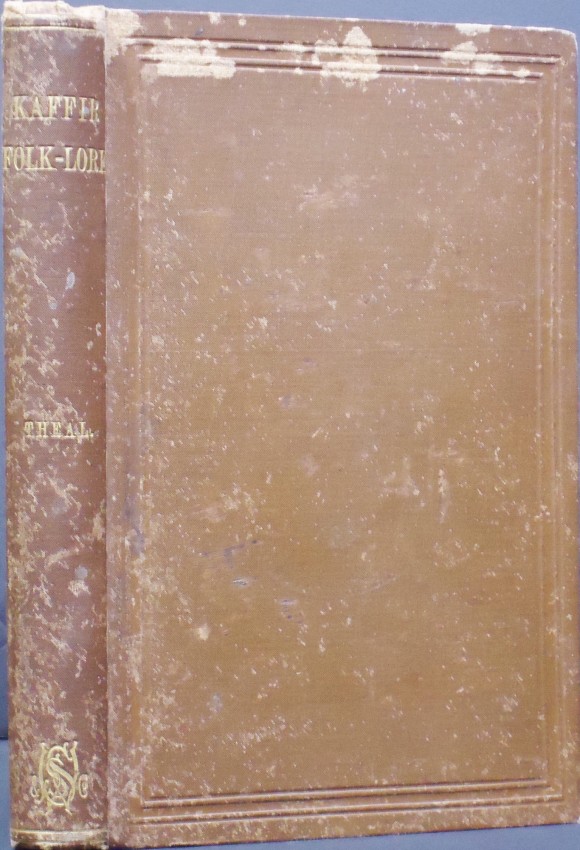 A Selection from the Traditional Tales Current Among the People Living on the Eastern Border of the Cape Colony. With copious explanatory notes.

Mendelssohn (Sidney)South African Bibliography vol 2 page 475: The particulars for this work were collected by the author during twenty years' interaction with the Kaffir people in a variety of capacities, ranging from a mission teacher to a border magistrate. Most of the tales have, it is stated, already appeared in South African papers and magazines, and show considerable imaginative faculties on the part of the natives, while affording much information with regard to their religion, customs, and government.

Mr. Theal asserts that the best narrators were almost invariably ancient dames, and the time chosen for story-tellng always the evening. " The Story of Hlakanyana " bears, in part of the recital, a strong resemblance to " The House that Jack built," also to the " Chad Gadyu," in the " Hagadah " (Jewish Passover Service). There is a chapter on " Native Proverbs and Figurative Expressions," together with several notes on the tales, all of which show careful research and study on the part of the author. It was intended to publish the volume at Lovedale in 1877, but although the first sheet had already been printed, the issue had to be postponed in consequence of a native rising and other matters for five years.

A second edition was published in 1886.