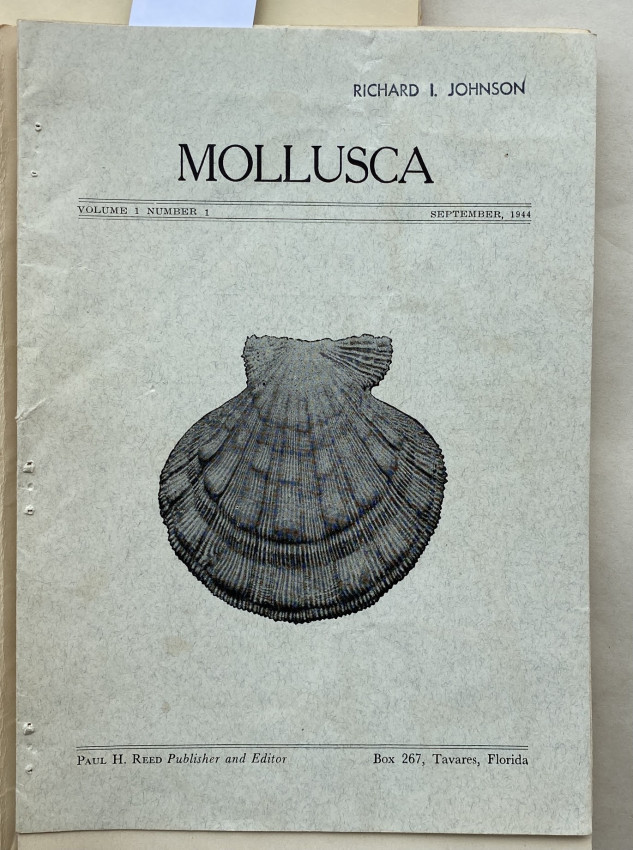 A substantial run of a rare periodical work

The final number inscribed by McGinty: the majority of this number is taken up with a two-part report on the ‘Pioneer Bahama Expedition’ carried out in May and June of 1947: the general report is by Paul & Thomas McGinty; the second part ‘A Report on the Mollusca Collected by the Pioneer Bahama Expedition’. The ‘Pioneer’ was a ‘thirty foot double end New England lobster boat, powered by a single marine-converted Ford V-8’.

‘When Tom McGinty died in 1986, he left behind his 60-year old beach home in Ocean Ridge, $1 million, and three million shells. Although he was well known by experts in the field as an amateur naturalist and malacologist, it was not until after his death that the extent of his knowledge of mollusks and the enormity of his collection was revealed. Tom and his brother Paul (who died just eight months before Tom) moved to Florida in the 1940s. Tom was appointed Chief of Police of Ocean Ridge in 1949, and worked his entire lifetime to collect and label shells and fossils from around Florida waters. A portion of his estate established this fund to support environmental needs, organizations or projects that conserve the natural resources in and around Palm Beach County. … Tom was someone who was more concerned about his collection than his money. Tom wanted to make sure that a major portion of the collection remained together and that its integrity and scientific value would not be diminished’ (https://www.conchology.be/?t=9001&id=24644).  (13 numbers in three folders).

A present from a Princess, with presentation label