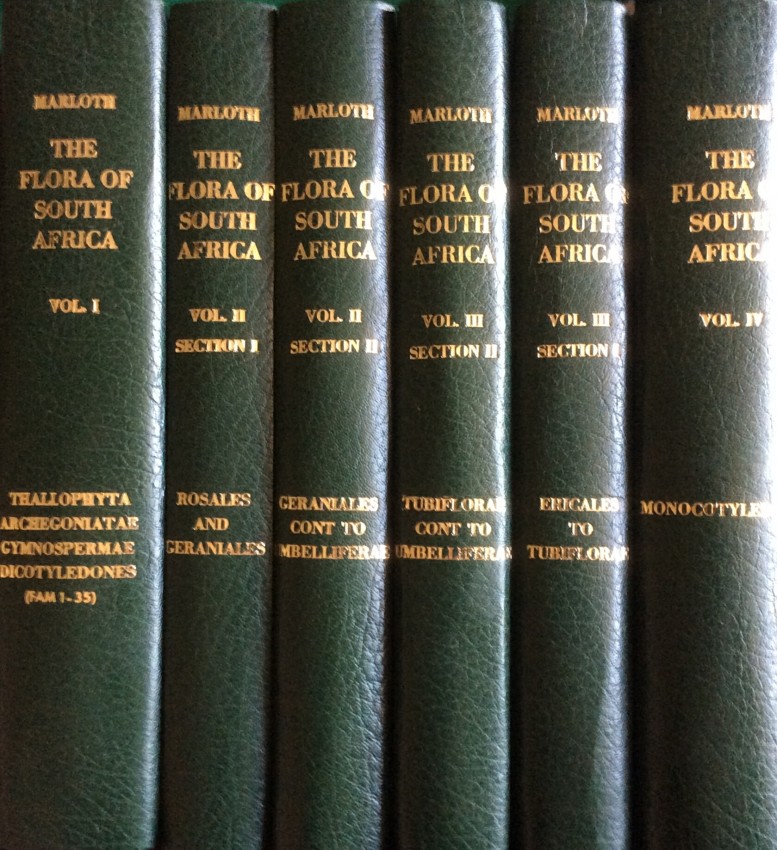 With Synoptical Tables of the Genera of the Higher Plants

Because the covers of this set has been extensively rubbed or suffered insect damage, they have been rebound in dark-green Skivertex, with gilt-embossed lettering to the upper panels and spines, new heavy plain cornfield endpapers and scarlet head- and tail-bands. Also repaired were a few between-section cracks and plates that were loose or, in one case, detached.

The original gilding of the top page-edges remains bright The set is unmarked and has very few faults (see Condition, below).

A century later, this remains a South Africa botanical magnum opus. The great South African amateur botanist (he was an academic chemist by profession) Rudolf Marloth had of course the greatest share, but throughout he praised his his collaborators from and outside South Africa. Two deserve particular mention. The first was Lady Phillips, who not only inspired the work but carried the total cost of its production. The second was Marloth's correspondent at the British Museum, who oversaw the work by the printers to the Cambridge University Press (John Clay for Vols I and IV and W Lewis for Vols II and III). Marloth himself did not live to see the final volume in print. As I B Pole-Evans writes in his obituary in Vol III, he passed away on 15 May 1931 while this volume was still in the hands of the publisher. B W Marloth, one of Marloth's three sons, took over the editing of the final volume, and in January 1932 he paid witten tribute to those who had helped in the work of completing the final volume.

The volumes were not published chronologically but in the order in which the plates were completed - Vol I, Vol IV, Vol II (both sections), and Vol III (both sections). This set is without the original dustjackets.

The statistics of the set are worth quoting -

CONDITION. With, as usual, the exception of the missing Figure 59 in Vol IV, all the volumes are complete, including loose or pasted-in errata and all the plates and tissue guards. The set has no ownership or other markings and we have not been able to trace the original owner. Foxing is the only fault. This is limited to the first few and the last few leaves of each volume. It seldom affects a printed page and in particular none of the plates or tissue guards are foxed, sunned or otherwise discoloured.

INCIDENTS OF TRAVEL IN SOUTH AFRICA 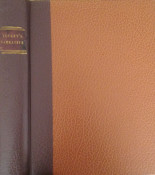 NARRATIVE OF AN EXPEDITION to explore THE RIVER ZAIRE, USUALLY CALLED THE CONGO, IN SOUTH AFRICA, IN&hellip;

History of Europe (Ten Vols plus a book of maps)