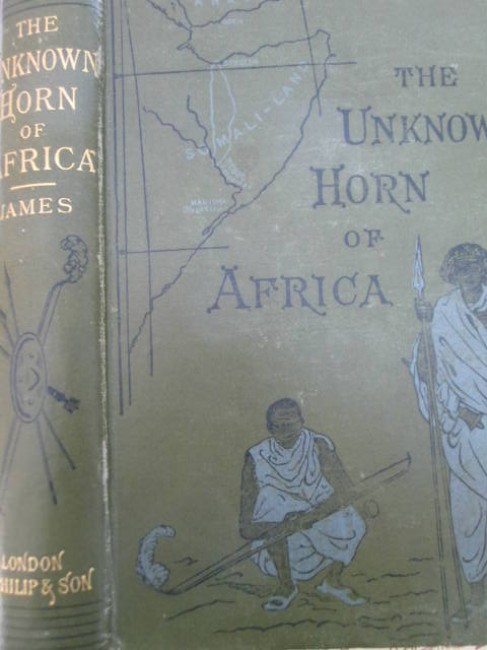 Copies of the important first edition, with includes a scientific appendix and colour plates, change hands for thousands of dollars. This shorter edition was published a year later and a few months after the author, a well-known adventurer, sportsman and natural scientist, was killed by an elephant on the West African coast.

He was on another adventure on the opposite side of the subject of this book, the Horn of Africa, and he was then not yet forty.

This version includes an obituary, written by two brothers.

The olive-green cloth-boards, printed in black and pale-blue on the upper face and decorated in black with gilt lettering to the spine, are well preserved, with only light rubbing and bumping at the spine-joins and corners. The black endpapers are cracked but the hinges are undamaged. The book remains tightly bound. There is little left of the gilt on the top page edge.

This is a collectable copy.